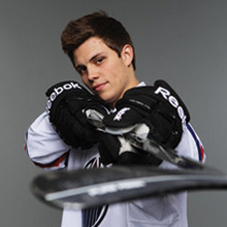 Jason ís hockey experience is extensive. He played Junior A hockey in Lloydminster, starting in his first season there being voted as Rookie of the Year and finishing a couple years later as team captain, top scorer and most valuable player. He then went on to play at Michigan Tech University on a hockey scholarship. From there he went to the Seattle Thunderbirds and finished up his playing career in the ECPHL, playing for Richmond Virginia, Baton Rouge Louisiana and Birmingham Alabama.