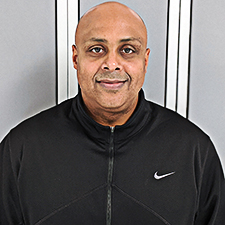 This is Stacey’s first year as a full time on-ice instructor. He has been with Vimy Hockey for 4+ years as an on-ice support instructor. Stacey grew up in Sherwood Park playing his minor hockey for the Kings association where he has also coached for over 10 years. Stacey also played his junior hockey for the Crusaders in Sherwood Park of the AJHL then went on to play College hockey at NAIT where he captained a National Championship team. When he finished Collage, he went on to play in the first division in Germany and the ECHL for 3 years, Stacey graduated for NAIT with a finance diploma.

Stacey is very excited to be a part of Vimy Hockey where he can share his knowledge/passion to the staff and student-athletes. Stacey also has a son attending his second year at Vimy Hockey.