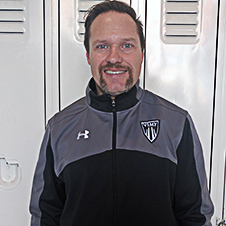 Mr. Schmidt is a graduate of the University of Alberta where he earned a degree in Psychology and a degree in Education. Upon graduation Mr. Schmidt moved to Canmore where he had the opportunity to pursue many of his favorite outdoor activities. Mr. Schmidt is a senior level Ski Instructor and Coach and spent many years working at Sunshine Village. During this period, Mr. Schmidt also spent a great deal of time exploring the Back Country. He has been to the summit of numerous mountains in both North and South America and is a Wilderness First Responder.

Mr. Schmidt eventually returned to Edmonton to further pursue his education career. Upon returning to Edmonton Mr. Schmidt found new outdoor interests in mountain biking, hunting and fishing. Mr. Schmidt is an avid outdoorsman and enjoys spending his spare time fly fishing, bow hunting and duck hunting with his dog Winnie. On any given day during the summer, you can find him riding his mountain bike.

Mr. Schmidt started his teaching career in the Canadian Rockies School Division and when he moved back to Edmonton he began teaching for Edmonton Public Schools. Mr. Schmidt has taught a variety of subjects, but his favorite one to teach is Science. Mr. Schmidt has also been involved with the AAD program for numerous years working with Hockey, Sportfit and now Outdoor Pusuits. He enjoys the challenge and satisfaction of being the Program Director.