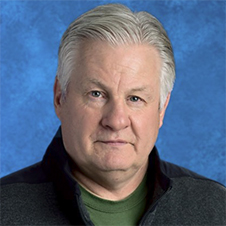 Rick Carriere is excited to return to Vimy, teaching social studies, English and Vimy Hockey after spending the past 7 years with the Edmonton Oilers in their Player Development Department. Carriere previously taught at Vimy from 2004 until 2012 after serving as General Manager of the Western Hockey League’s Medicine Hat Tigers from 2000 to 2004 as well as scouting for the Tigers until 2012.

The Edmonton native was also a Head Coach in the Western Hockey League, as he guided the Red Deer Rebels from 1994 to 1996 and then became the Tigers’ Head Coach and Director of Hockey Operations from 1996 to 2000, prior to moving into the General Manager position. Rick was also an Assistant Coach for the Calgary Flames’ American Hockey League affiliate, St. John Flames from 1992 to 1994. While attending the U of A, Carriere played for the Golden Bears from 1981 to 1985, where he earned his Bachelor of Education degree playing for Clare Drake and Billy Moores. After graduating from the U of A, Carriere returned to NAIT and began his coaching career as an assistant coach to Perry Pearn from 1985 to 1989. In 1989/90 he took over the Head Coaching position for one year before going to coach the SEIBU Bears in the Japan Hockey League from 1990 – 1992.