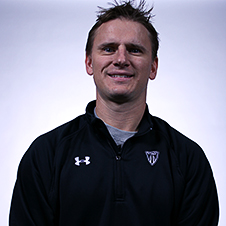 Born and raised in Spruce Grove, Nathan played his entire minor hockey in Spruce and then went on to play in the W.H.L for the Regina Pats. He was drafted in the 11th round 245th overall to the Toronto Maple Leafs in 1992. Nathan was team captain of the St. John’s Maple Leafs from 1997-2002 and won the Fred T. Hunt AHL League Memorial Award which honors the player best exemplifying the qualities of sportsmanship, determination and dedication to hockey – 2001/2002.

Nathan then went on to play 260 games in the N.H.L with Toronto, Chicago, Los Angeles and Boston. In his career, he has played over 850 games during a 14 year professional career in the N.H.L and A.H.L that spanned Canada, United States, and Europe.

Nathan is excited to bring his experience, knowledge and enthusiasm of the game to the students at Vimy Hockey.