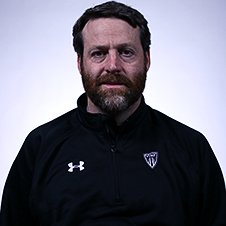 Mr. McClain is very excited to join the Vimy staff and be a part of Vimy Hockey. He completed a Physical education/Education Combined degree from the University of Alberta in 2003. He is teaching grade 7/8 Social Studies and Grade 9 Sport Rec. He was a member of the University of Alberta Golden Bear Hockey program from 1998-2001 and was a member of the team that won back to back National Championships in 1999-2000.

Mr.McClain has spent his summers working with kids in a variety of sports and summer camps including teaching tennis, waterskiing/wakeboarding, and hockey.

As a fan of multiple sports he is excited to teach physical literacy to the student-athletes of Vimy Hockey.