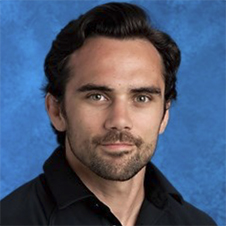 Mr. Wass graduated from the University of Alberta with a degree in Physical Education and Education. At the U of A he wrestled with the Golden Bears, he was a two-time national medalist and a part of three Conference Team Titles and one National Team Title during his five years with the team. He began studying Brazilian Jiu Jitsu in 2010 during his time outside of the wrestling seasons. After retiring from competition in wrestling he began to train and compete more frequently in Brazilian Jiu Jitsu. In 2017 he competed in the IBJJF World No Gi Championship earning a Bronze medal in his division. Mr. Wass enjoys also spending time with his family outdoors in the river valley as well as camping and hiking in the mountains.
Mr. Jason Wass