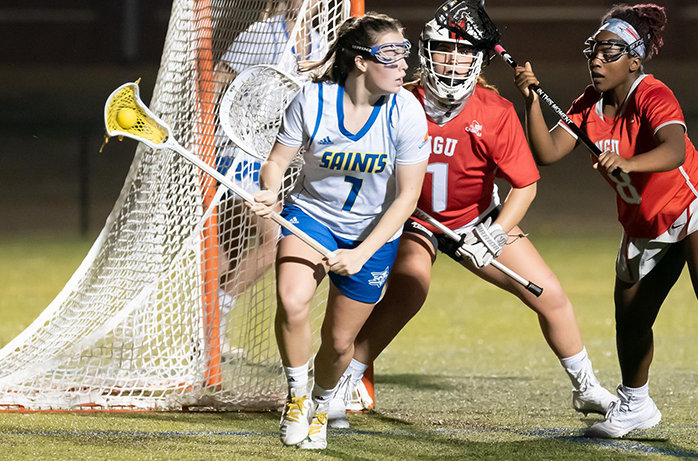 Academic and Athletic Development, the parent society of Vimy Lacrosse, is excited to announce the hiring of Britannie Ouimet as a new Lacrosse Instructor.

Britannie started playing box lacrosse for the Westlock Rock at 10 years old. During her time playing in the GELC, she won a Provincial Championship. Ouimet was also a member of the Team Alberta Box Program in 2013 and 2015, where they won Silver at Nationals.

In 2016, Britannie joined the Vimy Lacrosse travel program and competed at the Capital Cup. She was a member of the Edmonton Razorbacks in 2017 and 2018, and earned a spot on the U19 Alberta team that placed second at Nationals.

Upon graduation, Britannie returned to the Edmonton area and began her coaching career. Ouimet coaches for the Edmonton Razorbacks, NorthStrong Lacrosse, and is an Assistant Coach for the U19 Team Alberta field program this summer.

We are so excited to have Britannie joining our team here at Vimy! She brings a wealth of knowledge and experience to the Lacrosse program.