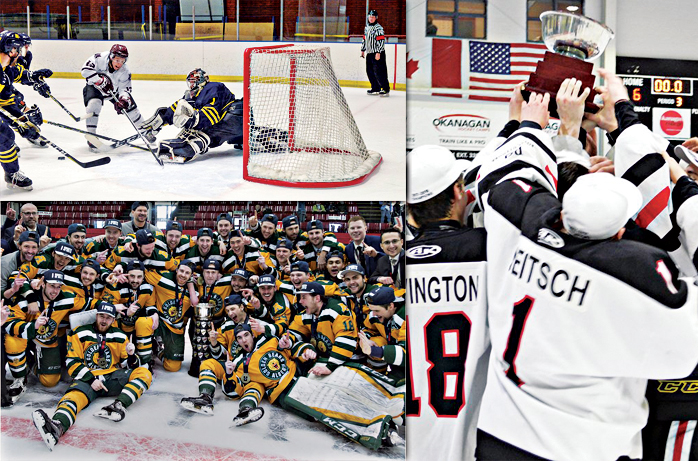 Weekends in the middle of March have a habit of being forgotten by early April. This will likely not be the case for a large group of Donnan/Vimy Hockey alumni, staff and former staff that had a remarkable weekend of winning.

The University of Alberta Golden Bears, Grant MacEwan University Griffins, Nait Ooks and OHA Edmonton Bantam Prep all had the opportunity to claim the title as best team in their respective divisions. 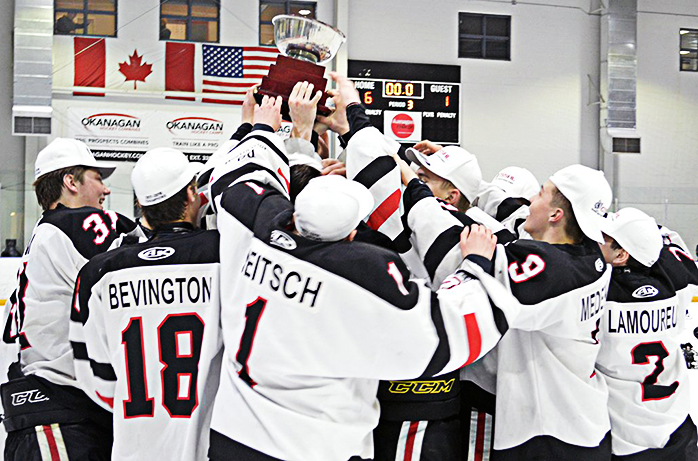 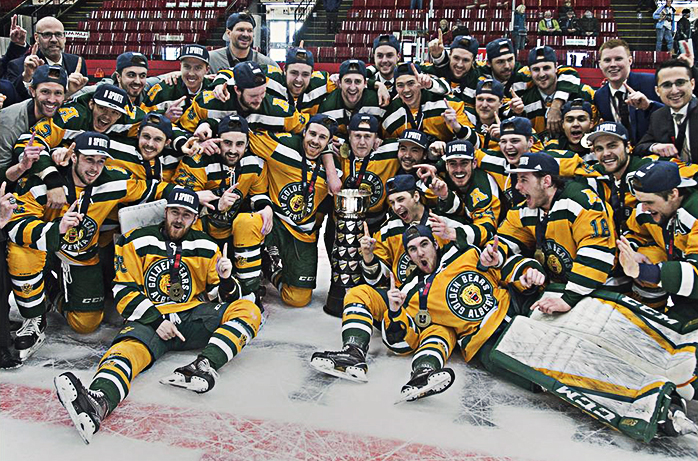 On Sunday afternoon, across the country, the University of Alberta Golden Bears were facing off against St.FX and looking to capture their 16th National Championship. Led by Head Coach and former Donnan/Vimy Hockey Instructor Serge Lajoie, the Golden Bears were able to overcome an early 2-0 deficit and win the game 4-2. Congratulations to Coach Lajoie, former Donnan Hockey Instructor Kenny Cameron and Donnan/Vimy Hockey alumni Dylan Bredo and Brandon Magee, U Cup National Champions. 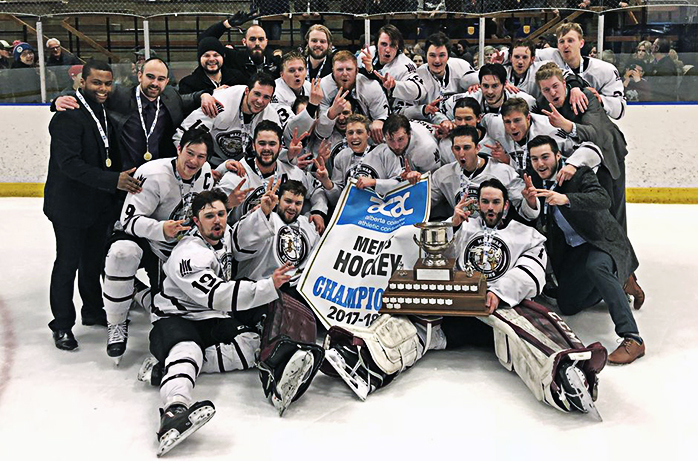 On Sunday night, the “LRT Series” for the ACAC Men’s Hockey Championship between the Nait Ooks and the Grant MacEwan University Griffins would come to an end in a winner-take-all Game 3 at Nait Arena. The series pitted long-time former Vimy Hockey staff members against each other as Head Coaches Tim Fragle (Nait) and Mike Ringrose (Grant MacEwan) led their squads to 1,2 league finishes respectively and through the playoffs to meet in the finals. The series continued to favour the “road” teams as the Griffins took the final game in the Ooks’ rink by a score of 4-1. Congratulations to all Donnan/Vimy Hockey staff, former staff and alumni on a great series. Coaches Tim Fragle, Shawn Belle and players Isaac Farrah, and Tyler Robertson from Nait and Coaches Mike Ringrose, Zack Dailey, Kurtis Mucha, and players Nakehko Lamothe and Ryan Larochelle.

There are many other Donnan/Vimy student-athletes from Hockey and other programs who competed and are currently competing in City Championships and Provincial Championships. If you know of any of these stories, get in touch with us at social@vimyedmonton.ca, so we can share your stories on our site and twitter, instagram and facebook pages.