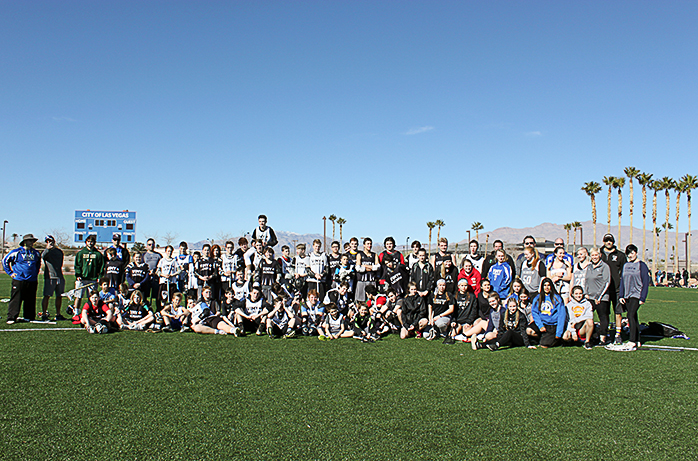 After a fun and successful trip to Vegas for our program we would like to recognize the accomplishments of all four of the teams that we brought down to participate in the Best of the West Tournament in Las Vegas. Our high school female team had an impressive undefeated run as they took home the JV championship. 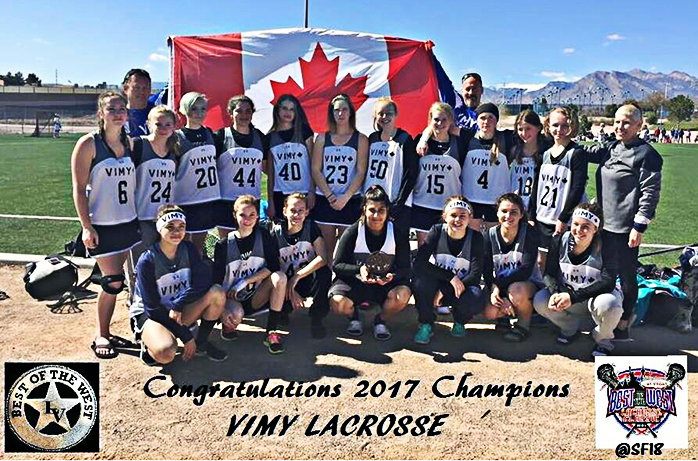 Our Varsity team put forth a great effort with a record of 3-3. They battled through the disadvantage of a short bench and were knocked out in the semifinals in a close, hard-fought game to the eventual tournament champions.

The U-15 team had a successful record of 4-2. They worked hard all weekend as they played smart and gritty lacrosse. After making it to the quarterfinals, they were knocked out by an experienced team. The team played extremely hard all weekend.

Finally, our U-13’s battled hard to a 2-3 record in what was the first field lacrosse games that many of them had ever played. Although they did not make the playoff rounds they always worked hard and learned a lot from the experience. We are now ready to take the next step with this young group now that most of them have experienced the way that the game needs to be played.

Congratulations to all of our teams on a phenomenal weekend of lacrosse in beautiful Las Vegas. What is becoming known across North America is that Vimy Lacrosse teams can compete with the best teams in North America. Our girls teams are a force to be reckoned with and our boys continue to play the game with the tempo and skill of the best teams around. Look out for the future of Vimy Lacrosse.