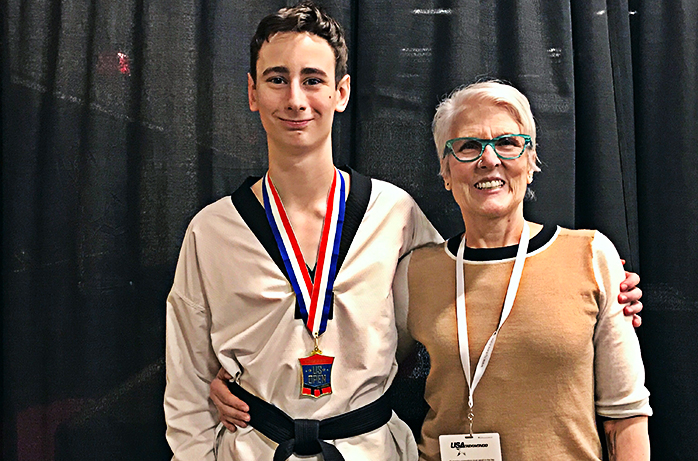 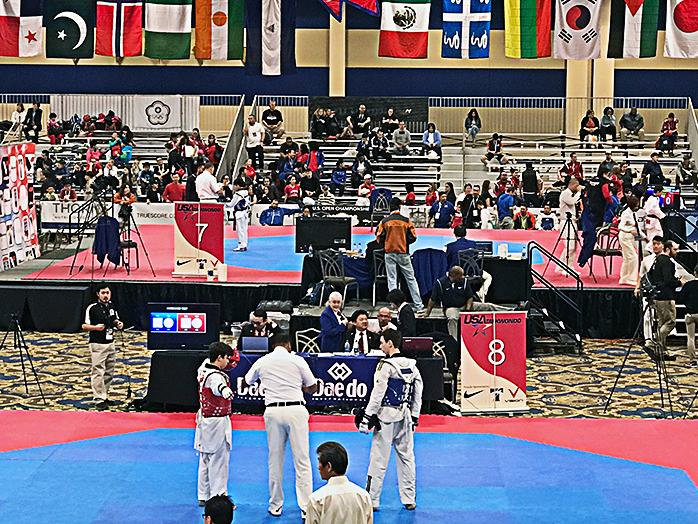 Third time’s a charm for Vimy Sport Fit student-athlete Carter Kropp! Kropp earned a gold medal finish at the 2017 US Open for Taekwondo earlier this month in Las Vegas, Nevada. This G2 sanctioned event is one of the largest and most competitive Taekwondo Tournaments in the world. Kropps victory came in the -61 Kg division which entails full contact Taekwondo Sparring. This was his third time at the International event but his first time celebrating a medal victory. 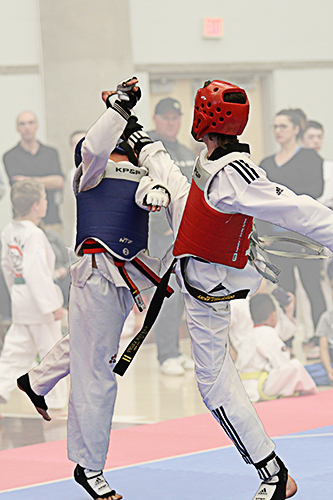 Kropp has been practicing Taekwondo for over 10 years at Tiger Taekwondo in Edmonton with his coach, Master Shelly Baert. He has worked his way up to a black belt, third dan, and enjoys competing. Carter got his start in Taekwondo with his brothers when his parents enrolled him in lessons and hasn’t looked back since. All three of the Kropp brothers practice taekwondo, Carter’s younger brother, Mackenzie, is the current Canadian National Champion.

When Carter is not training for taekwondo he enjoys wakeboarding and practicing parkour at FlyFree Movement gym in Edmonton. He likes to play basketball with his Sport Fit class and enjoys learning Math. When Carter isn’t sleeping, eating, or in school he can be found playing some kind of sport.

Keep up the good work Carter!