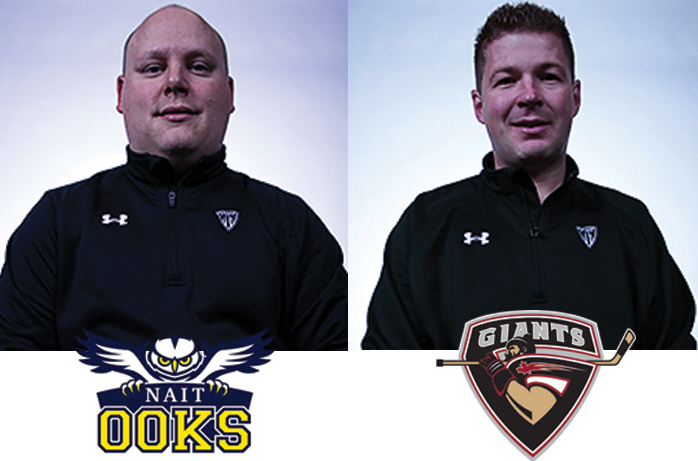 Academic and Athletic Development and Vimy Hockey are proud to announce that two of our longtime instructors have been announced as the new Head Coaches of franchises that are well respected in the hockey community.

Vimy Hockey High School Director Tim Fragle has long been known as the Head Coach and General Manager of the Sherwood Park Crusaders, leading the Cru for the past 7 years. Next season, Coach Fragle will be the Head Coach of the Nait Ooks Mens Hockey team. The Ooks went undefeated last season, with a 36-0 record in the regular season and playoffs, winning the ACAC title.

Vimy Hockey High School Instructor Jason McKee will also be moving from the AJHL, transitioning from his role as the Head Coach and General Manager of the Spruce Grove Saints to become the Head Coach of the Vancouver Giants in the WHL. McKee, once the Associate Coach of the Saints under former Vimy Hockey staffer and current Edmonton Oil Kings Head Coach Steve Hamilton, has led the Saints to 3 AJHL titles and 5 total AJHL Championship Series appearances.

Congratulations to both of these quality coaches on their new roles. Our student-athletes are better for your instruction and mentorship and your new organizations are in great hands with your leadership.