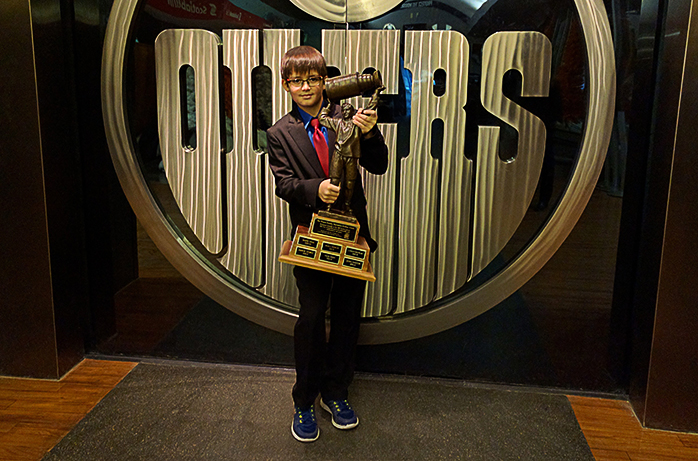 CORE is the mission statement of all of the AAD programs at Donnan School and Vimy Ridge Academy.

CITIZENSHIP: Striving to be a good citizen on a daily basis and making good choices
OPPORTUNITY: Taking advantage of the opportunity presented at Donnan and Vimy on a daily basis
RESPECT: Respecting your peers and teachers, building confidence in each other
ENTHUSIASM: Approaching each day with enthusiasm and good body language

These core values are reiterated and presented to our student-athletes on a daily basis, but there’s something to be said about seeing them in action.

Jack, an honour student-athlete at Donnan Hockey and 2013 Donnan Student-Athlete of the Year, was doing some volunteer work for Dreams Take Flight and had a conversation with a social worker from the Norman Wells, North West Territories area. During that conversation, he learned that many kids from that area of the country were in desperate need of hockey equipment.

With the support of Donnan Hockey Teacher Kevin Peters, Jack made a plan to collect gently used hockey equipment from the student-athletes at Donnan and Vimy to donate to help four hockey programs in the North West Territories. The four programs were Norman Wells Hockey, Tulita Hockey Association, Fort Good Hope Hockey and Deline Hockey Association. 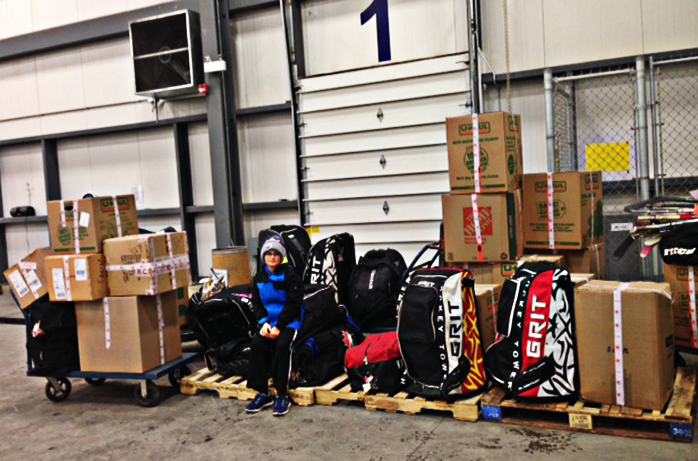 During the fall and winter, Jack was able to collect over 1000 pieces of hockey equipment, enough to fill 44 boxes and 15 hockey bags with an additional 42 hockey sticks. Four trucks were needed to get all of the gear out to Canadian North, who shipped everything up to NWT.

Jack was recognized this year at the Quikcard Edmonton Minor Hockey Week press conference where he received the Wayne Gretzky Award. The Wayne Gretzky Award is given to hockey players in the Edmonton region who excel in the areas of sportsmanship, scholastic achievement and community involvement. Three award winners are recognized each year. Jack was 1 of 2 Donnan/Vimy Hockey student-athletes to receive the award this year and 4 out of the last 6 winners have been Donnan/Vimy Hockey student-athletes!

Jack plans on continuing the drive for the kids in the NWT annually, so let’s get even more gear next year!

Congratulations to Jack on such a successful drive and good job Donnan/Vimy on helping out your fellow hockey player!