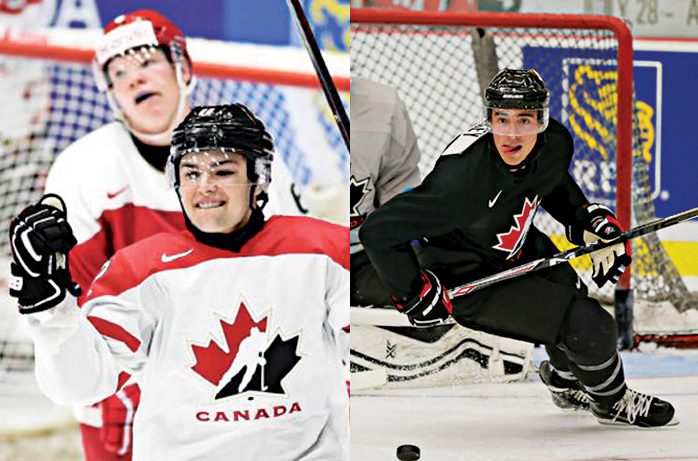 Donnan/Vimy Hockey alums Brandon Hickey and John Quenneville were called on to represent Team Canada at the World Juniors over the break, adding to the list of Donnan/Vimy hockey student-athletes to play at the prestigious tournament. The tournament was held in Finland from Boxing Day until January 5th.

Brandon Hickey, drafted in the 3rd round by the Calgary Flames in 2014, took time from his sophomore season at Boston University to attend the tournament. Hickey was also recently praised by former teammate and budding NHL superstar Jack Eichel for his intelligent play.

John Quenneville, the 2014 1st round selection by the New Jersey Devils, left his Brandon Wheat Kings to don the maple leaf. Quenneville had been scoring at an over a point-per-game pace before travelling to Finland.

Prior Donnan/Vimy Hockey alums to play at the tournament include:

The Canadians lost out to the eventual Gold medal winning host Finns in an extremely entertaining Quarter-final matchup that included a highlight-reel assist from Quenneville to open the scoring.

While the result was not what Team Canada was after, the pair represented their club teams, Donnan/Vimy Hockey and all of Canada with solid effort and great play.