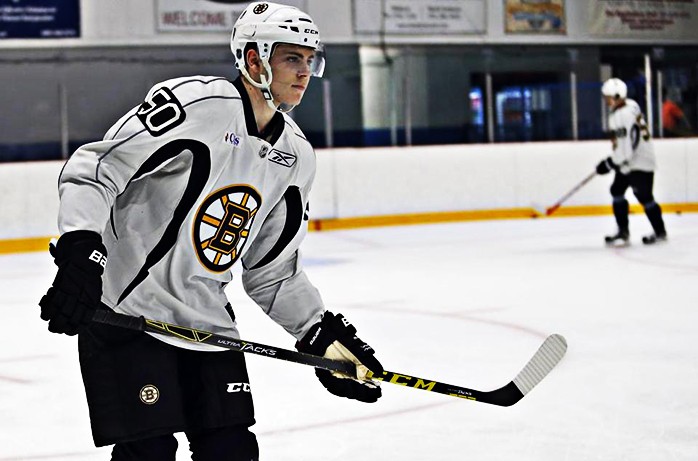 This uptick in offence obviously caught the eye of the Bruins and they took Jake with their first round selection and invited the young forward to their rookie camp where he scored this beauty of a goal, the video of which became a viral hit.

Congratulations to Jake and his family on this great accomplishment and good luck in the upcoming season.