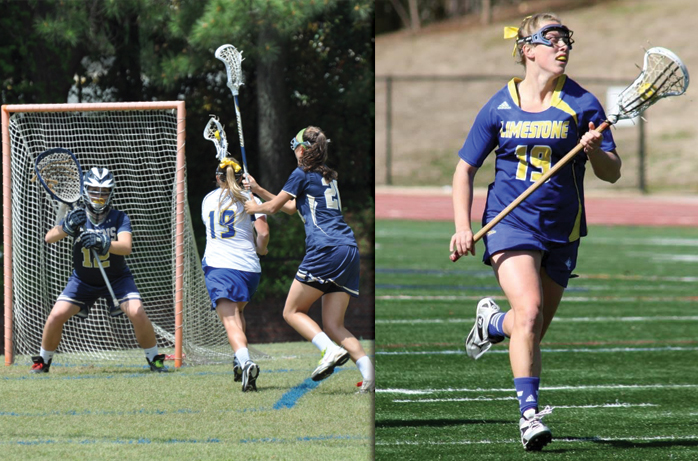 Vimy Lacrosse is pleased to announce the hiring of Sarah Oor as a new coach in its women’s field lacrosse program. A former Team Canada U19 player and current coach of the U19 Wales World Cup squad, Oor joins Vimy Lacrosse after spending four years playing in the NCAA with Limestone College (Div II), where she served as team captain.

Oor will join Vimy Lacrosse in August 2015 following the conclusion of the FIL Rathbones Women’s 2015 U19 Lacrosse World Championships.

“Interest in lacrosse generally and in women’s lacrosse, in particular, has grown significantly over the past 3-5 years,” said Vimy Lacrosse Director, Paul Rai. “The increase in the number of girls participating in our program at Vimy Ridge Academy as well as our box lacrosse winter camp and our new spring/summer women’s field lacrosse program has been exciting to see. Adding Sarah Oor to our coaching staff will help to ensure the ongoing development of our female players and the growth of lacrosse in Alberta.”

Oor is a native of St. Albert and a graduate of Limestone College, Gaffney, South Carolina, and holds a Bachelor of Science in Strength and Conditioning. She was named to the Intercollegiate Women’s Lacrosse Coaches Association (IWLCA) All-American in both 2013 and 2014. Oor served as the Captain of Team Canada’s U19 Team (Women’s Field Lacrosse) in 2011 which took the bronze medal in the 2011 World Cup in Hanover, Germany. Oor is also an accomplished coach and teacher who has worked with Lacrosse Wales and Lacrosse UK as a coach. Oor also served as the women’s field lacrosse coach at the Godolphin Preparatory School (Salisbury, UK) for girls and she brings a wealth of experience working with female athletes to her new role with Vimy Lacrosse.

“Sarah’s extensive experience as both a player and a coach at both the college and international levels of competition is going to be very beneficial for our programs and our student-athletes,” said Rai. “We are thrilled to have Sarah on board and I look forward to working with her to carry on our tradition of excellence and our commitment to growing women’s lacrosse.”

Vimy Lacrosse is a division of the Academic and Athletic Institute of Edmonton. Based at Edmonton’s Vimy Ridge Academy, Vimy Lacrosse provides dedicated lacrosse programming to students in grades 7 to 12 at Vimy Ridge Academy who are looking to mesh academics with the opportunity to advance their field and box lacrosse skills. In addition, Vimy Lacrosse leads lacrosse camps and clinics which are open to boys and girls of all abilities who range in age from 8 to 18 years of age.