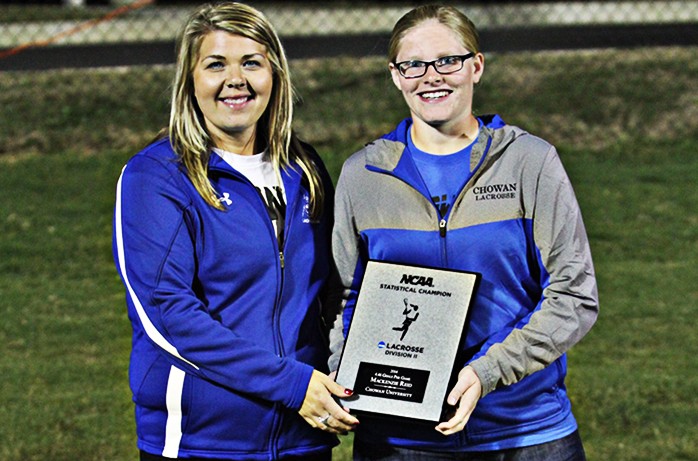 In 13 games played in her sophomore season , Mackenzie scored 58 goals.

Reid was recognized by the NCAA with a plaque commemorating her achievement.

This is no one-off either, in her 1st two seasons, Mackenzie is #1 in the NCAA for goals per game, 9th for draw controls and 16th for overall points. On top of these statistical feats, Mackenzie has been named a 1st team All-star.

Congratulations to Mackenzie on her high-level of play. Keep your eyes on the site and follow us on twitter for more updates on Vimy Lacrosse alumni.