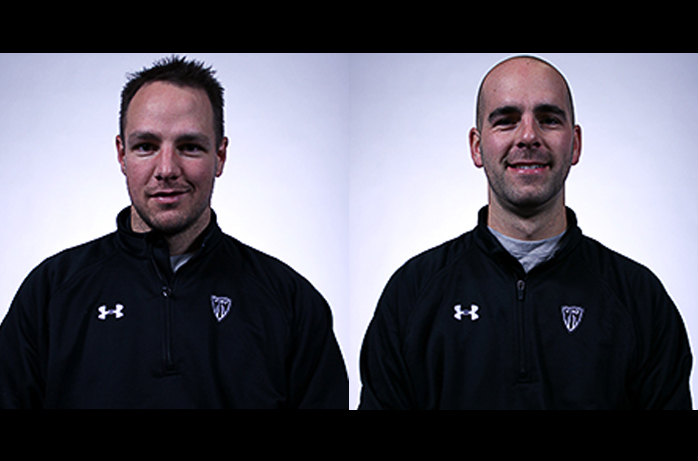 Vimy Hockey would like to congratulate Goaltending Instructor Dustin Schwartz on being hired as the Edmonton Oilers Goaltending Coach. After playing four seasons in the Western Hockey League, Coach Schwartz played five seasons with the University of Alberta Golden Bears while he completed his Education Degree.

Mr. Schwartz has been the go-to Goalie Coach for local Junior and Major Junior hockey clubs. During the past few seasons, he has worked with the Edmonton Oil Kings, Spruce Grove Saints, Sherwood Park Crusaders and many more local elite teams.

Mr. Schwartz is an instructor of the OR Sports Goaltending Method and through OR Sports, Donnan and Vimy Hockey and Hockey Canada, he has worked on an individual basis with the best amateur and professional goalies in Canada.

While we’re sad to see Dustin leave the Vimy Hockey ranks, the Oilers have hired a great coach. Good luck to Dustin and to the Oilers.

Taking over the Vimy Hockey Goaltending helm will be Teacher/Instructor Blair Faulkner.

Mr. Faulkner is also an alum of the Western Hockey League, having played with the Regina Pats and Tri-City Americans and also was a member of the Lloydminster Blazers and the Yorkton Terriers.
Blair has trained under Mr. Schwartz for the past two years at Vimy Hockey, learning the OR Sports Method and passing his goaltending knowledge on to all of the goalies currently enrolled at Vimy Ridge.

The Goaltending program at Vimy Hockey is in great hands with Mr. Faulkner, who will continue to deliver the same curriculum with a positive and focused energy to all of the on-ice sessions and off-ice instruction.