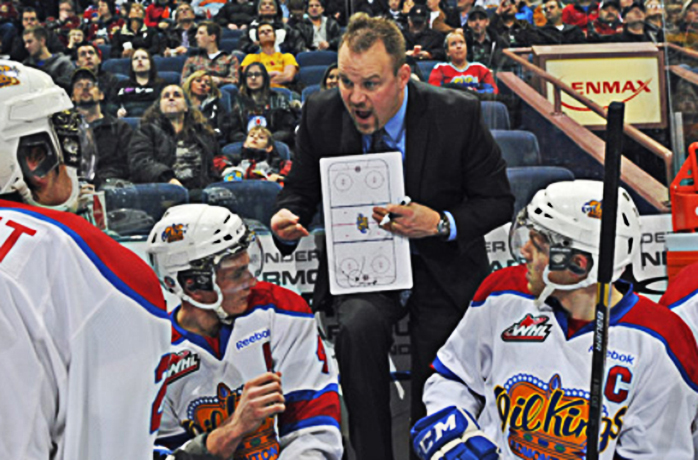 Vimy Hockey Instructor Steve Hamilton has been named the next Head Coach of the Edmonton Oil Kings.

The #OilKings have named @hamilton_steve as the third head coach in modern franchise history! http://t.co/yZrhYCtPh2

Derek Laxdal, the team’s head coach for the past four seasons was wooed by the Texas Stars of the AHL, leaving an opening at the Helm of the Memorial Cup Champion Oil Kings.

After four years as the team’s Assistant/Associate coach, Hamilton was named the Head Coach, mere days after the announcement of Laxdal’s move.

Prior to accepting his role with the Oil Kings, Steve was the Head Coach and GM of the Spruce Grove Saints for four years, where he was named the AJHL Coach of the Year three times and where he lead the Saints to an AJHL Championship in 2010.

This winter, Steve was the Head Coach of Team Pacific at the World U17 Hockey Challenge, where he and Donnan/Vimy Hockey student-athlete Giorgio Estephan claimed a silver medal.

With the Oil Kings, Steve has won 2 WHL League titles, narrowly missing a 3rd in the finals in 2013. This spring, Coach Hamilton helped lead the Oil Kings to victory at the Memorial Cup Tournament, joining his father Al by having his name engraved on the cup.

Congratulations to Coach Hamilton and his family on this new role and GO OIL KINGS!