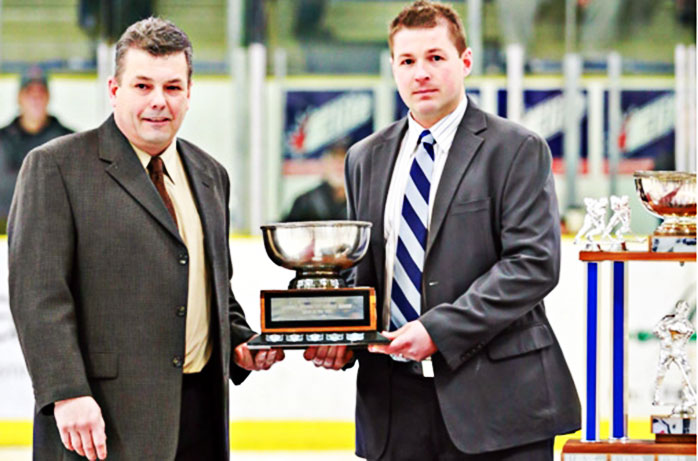 The Canadian Junior Hockey League is a national organization of all 10 Junior A hockey leagues in Canada.

Coach McKee took the Saints to another AJHL Championship after posting a 47-10-3 record in the regular season. The Saints then narrowly missed representing the West in the RBC Cup, losing in the final play-in game.

McKee was also the Head Coach of Team Canada West at the World Junior A Challenge and helped guide the team to a Bronze medal.

Congratulations to Mr.McKee on this tremendous honour.