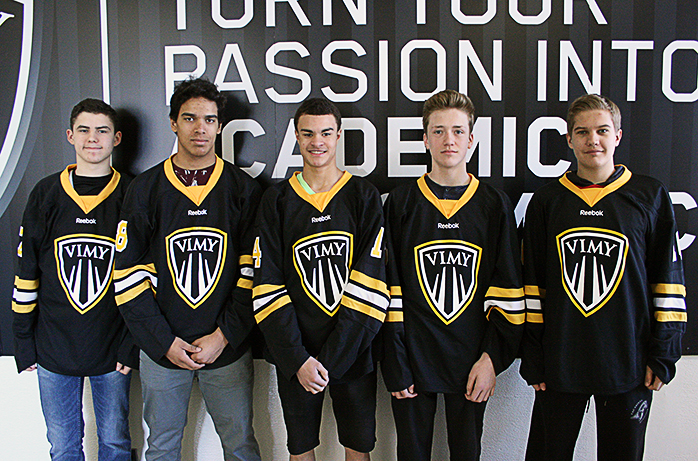 Congratulations to the 5 Vimy Hockey student-athletes who were drafted into the WHL at yesterday’s WHL Bantam Draft.

The WHL Bantam Draft is an annual event where WHL Clubs select players who have graduated from the Bantam level of minor hockey or equivalent North American league.

Marcus Kichton was the first Vimy Hockey student-athlete drafted this year. The Spruce Grove Defenceman was drafted in the 2nd round, 26th overall by the Moose Jaw Warriors.

At 144, the Swift Current Broncos selected Defenceman Kyle Dronyk out of the Maple Leaf Athletic Club system. Swift Current is the WHL club of Donnan/Vimy Hockey’s Jake Debrusk and the former team of alumni Reece Scarlett.

Congratulations to these student-athletes on this achievement.