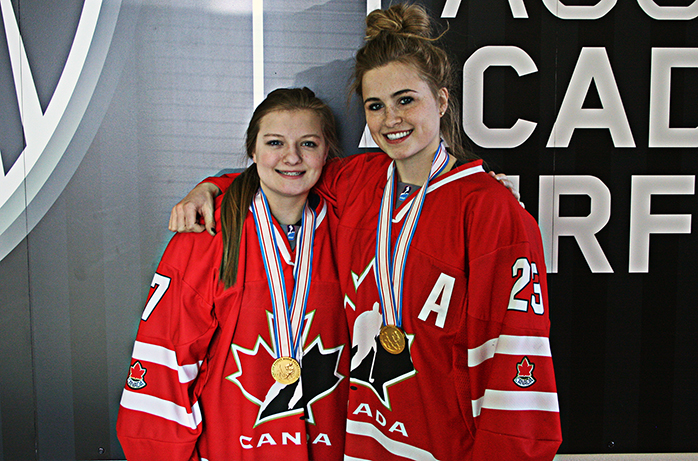 The win is the 3rd consecutive gold for Team Canada and the 2nd consecutive for Heffernan, who scored the gold medal winning overtime goal in last year’s tournament.

Healey and Heffernan had the added honour of being the only 2 Albertans on Team Canada and represented our province well, with Heffernan picking up 3pts in 5GP and Healey tallying 2pts from the backend.

Both players have also recently announced their college commitments with Heffernan committing to Harvard, and Healey to Minnesota-Duluth.

Congratulations to both of these fantastic student-athletes on another highlight in their young hockey careers and good luck as they adjust to their college hockey life.