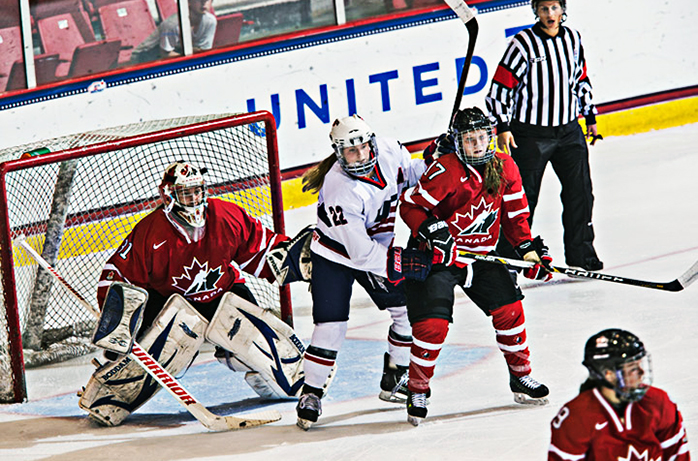 Healey, Heffernan Called On By Hockey Canada For Worlds

Two student-athletes from Vimy Hockey, Jess Healey and Karly Heffernan were named to the roster.

Healey, currently captaining the Midget AAA Edmonton Thunder in the playoffs, is also committed to the University of Minnesota-Duluth where she we play in the fall.

Heffernan, who will join Donnan/Vimy Hockey alumna Emerance Maschmeyer as a member of the Harvard Crimson, looks to help Canada to another Gold at worlds. Last year, Karly scored the gold-medal clinching goal in OT.

This isn’t the 1st time the two have gotten the call for the national team, as both were on the U18 team that this summer won a summer series against the US, and Karly played on the squad at last year’s worlds.

For more information on the team, read the article on the Hockey Canada website.