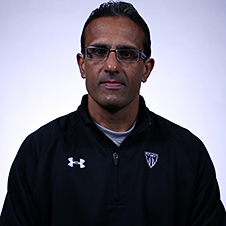 Paul brings extensive lacrosse experience to AAD. Paul’s lacrosse experience started over 30 years ago with the Gold Bar Miners, which transformed into today’s Edmonton Miners Club. He played his minor lacrosse with Gold Bar Miners and travelled to many national championships with the organization. As an adult he played Senior lacrosse with the Miners, and then with the Edmonton Outlaws where he was the player/coach of the 2002 Presidents Cup National Champions. Paul has been coaching lacrosse for fourteen years with the Outlaws, the Sherwood Park Junior Titans and minor lacrosse teams around Edmonton.

Paul served as the Head Coach of the 2006 of the Team Alberta Bantam National Club. In 2007 he served as the Chair of the National Committee for the Alberta Lacrosse Association. Paul has also been actively involved with the Edmonton Razorbacks Field Lacrosse Club, working with the U14 team that travelled to New Jersey for two lacrosse tournaments during the summer of 2008. He also was the head coach of the Team Alberta North that participated in the 2008 National Field Lacrosse Championships and the offensive coordinator for the U19 Alberta field lacrosse club that participated in the Canadian Championships in 2010. In 2012 Paul served as the Regional Scout for Canada’s U19 team that won the Silver medal at the World Championships. Paul also was a regional scout for the 2012 3D Blue Chip Camps. Paul currently is the Technical Director for the Alberta Lacrosse Association.

This past summer Paul was the Head Coach of the Team Alberta U16 field lacrosse team that participated in the National Championships in Montreal. He also led two youth teams this past summer to the East Coast of the United States to participate in a series of field lacrosse tournaments. This past box season Paul was instrumental in bringing Junior A lacrosse to the Sherwood Park where he was co-coach for the Sherwood Park Titans Junior A team. He also coached in the Warriors minor box lacrosse system working with the Bantam A team.

Paul attended Dartmouth College (NCAA) and played four years of Division I hockey for the Big Green. His experience at Dartmouth taught him about the skills required to be a successful student-athlete. He now dedicates his time to imparting this knowledge to his students at Vimy Ridge.

Paul’s three children have all participated in AAD programs. His oldest two children are attending prep schools in the US studying and are multi-sport athletes playing football, hockey and lacrosse. His youngest is a Grade 8 student-athlete in Vimy Lacrosse. Paul has hands on experience of the values that AAD teaches its student-athletes. His children have experienced the guidance of excellent coaches and teachers and have benefitted greatly from their dedication and commitment.

Paul has worked with student-athletes for over a decade assisting them in identifying post-secondary academic and athletic opportunities. Paul is one of the founders of VIMY LACROSSE and is actively involved in the day to day activities.