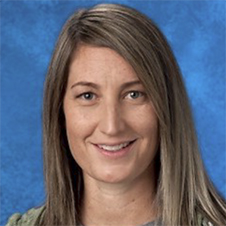 Ms. Chmilar was born and raised in Edmonton. Having two brothers, she started her hockey career in the backyard rink when she was 3. Growing up she played boys hockey for NWZ Hawks and CAC, and switching to female hockey with EGHA in midget before playing for the University of Alberta Pandas from 2000-2005. During her time with the Pandas she was named assistant captain, won three National Championships, was a Canada West All-Star, and top scorer among blue-liners. She earned both an Arts degree in Psychology and an after-degree in Education. When not teaching or on the ice with Vimy Hockey, Ms. Chmilar enjoys playing rec hockey, going to the gym, spending time outdoors and going on adventures with her two children, Riley and Nolan. She is extremely excited to join the Vimy staff and be a part of the Hockey Program.